URBAN SHAKEDOWN was my first proper success with music. 91 and DJ Mikey Finn had just heard the CELLAR 4 collaboration DJ Aphrodite and myself had recorded in a cellar during the previous months with a few mono 8 bit computers and a DJ mixer. He decided to team up with us to write a
few tracks and Urban Shakedown feat. Mikey Finn did just that: “Some Justice” and “Bass Speaker” destroyed the underground drum and bass/Jungle scene in London and were soon signed by a major label with chart success in the UK where Jungle was being exported throughout the world.

Around 1993/4  after a few more EP’s I left Aphrodite and Mikey Finn to continue with Urban Shakedown as I was now pulled to trance and the UNION JACK side of things was demanding lots of traveling.
Amazing to think a couple of year before Aphrodite and myself were in college doing 4 deck mixing and playing underground parties in basements… 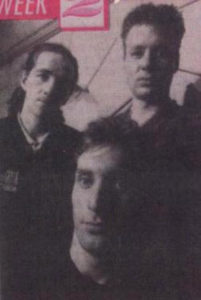